As it’s the 1st of December (how did that even happen, sure only yesterday it was July, right??) I am writing about some of the books, by Irish authors, that I have read recently. There might be some ideas for Christmas presents in here for those of you with book lovers in your lives.

Conversations With Friends by Sally Rooney 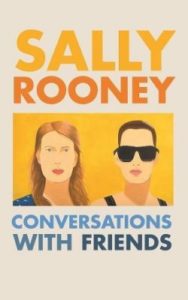 This novel is described as ‘a sharply intelligent novel about friendship, lust, jealously and the unexpected complications of adulthood in the 21st Century‘

The premise of the novel is good and I had high hopes for it. The dialogue is clever and engaging but sadly the characters are not. There seemed too many stereotypes within the pages for it to excite me or draw me in. The alcoholic father, the separated but loyal mother, the emaciated bisexual angry poet, the good looking shallow and damaged husband. While it is not necessary to love the central character in order to enjoy a book, I cared so little for all of the characters here that it was impossible even to like it. A thumbs down from me on this one.

I Found My Tribe by Ruth Fitzmaurice 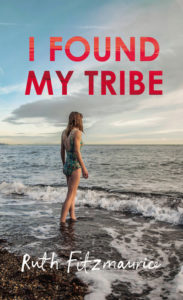 You know when you read a book and you want to go up to every person you meet and tell them that the need to read it? Well this is that book for me. Irrespective of the heroic and heartbreaking story of Ruth, her five children and her husband Simon who has Motor Neuron Disease, the writing in this book will take your breath away. Ruth writes in a style that just takes you there, wherever there happens to be. Her outlook, her resilience and her mental strength are astounding but it is her unquestionable talent that allows her to write so beautifully about it.

It is impossible to review this book without mentioning the sad passing of Ruth’s husband. RIP Simon Fitzmaurice

The Break by Marian Keyes 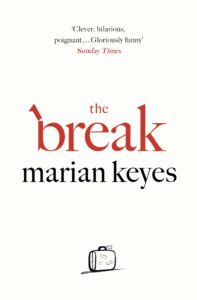 ‘Amy’s husband Hugh isn’t really leaving her. At least that what he promises her. He is just taking a break-from their marriage, their children and most of all from their life together’

I hadn’t read a Marian Keyes novel in a very long time. I have fond memories of laughing and crying through some of her early books but somewhere along the way we parted company. There was a lot of very positive talk about Marian’s latest offering and in need of something light and funny I picked this up. Approaching a novel and expecting it to be witty is probably a recipe for disappointment, and while there are some clever one-liners in this book it failed for me on the wittiness that I’d heard so much about. There is a lot of Marian in this book. Her love of make up, fashion and social media seeps from the pages.

It aims to be a very modern novel and in this it succeeds. There is the blended family, the middle class notions, abortion and reference to repealing the eight amendment. There are cultural references jammed into every corner and it gives the story a crowded feeling that doesn’t sit right. There is a familiarity to the characters that is so lovely and there are many aspects of the book to like, but I was far from wowed by it. I fear our reunion will be a brief one but if you are looking for a holiday read I certainly wouldn’t talk you out of it. 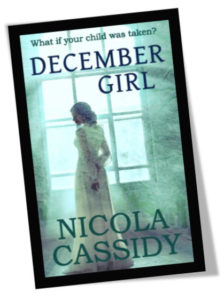 ‘Molly Thomas is a feisty independent soul, born on the Winter Solstice. At every stage of her life she has faced trouble.

This debut novel is set between Ireland and the the U.K. in the late 1800’s/early 1900’s. It is a story that is all about the characters and the writing brings each one of them to life. The heartache and loss experienced by Molly will have you sobbing for her lost child and hoping against hope for some joy to fill her life. There is a sadness to this novel that stays with you long after you have finished it.

The strength of character and independence of Molly makes this historical novel as relevant today as it would have been back then and this is a testament to the skill of this promising new writer.

This would be a welcome find under any Christmas tree this year. 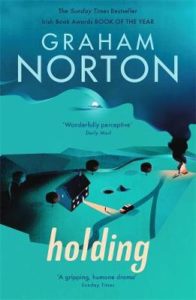 The quiet West Cork village of Duneen has known little drama, but every village has it’s secrets and Duneen is no different.

The discovery of the remains of a body in this quiet village sets the stage for this novel and introduces us to a cast of characters, each of whom are haunted by their pasts and seem unable to move forward. The unearthing of these bones forces the village to slowly give up its secrets.

I did not expect to like this book. A celebrity writing a novel is usually a reason for me to run a mile from it, but this was my bookclub’s choice and I was pleasantly surprised. It is unlikely that you will be blown away by it, but it  is an excellently observed novel that captures rural Ireland it a very familiar kind of way.

The cynic in me wonders if the publishers would have taken a chance on this book if it had been written by an unknown debut writer but that said I am glad they did.

Disclaimer: I know Nicola Cassidy as a fellow Irish Parenting Blogger and was sent a copy of her book as a gift. All opinions expressed are my own.

All the other books mentioned were bought and paid for by me.

2 thoughts on “What I’m Reading | The Irish Author Edition”