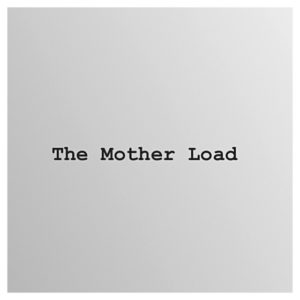 Growing up my mother took great pains to tell us that no relationship was 50/50. She seemed to always imply that the division was never going to work in our favour and because we were her daughters and we assumed  knew more than her we argued back. Her’s was a typical of it’s time marriage where my mother had to give up paid employment when she got married. We told her that our generation would be different, that she was from a different time, that we would be the generation where woman not only could, but would have it all.

In many ways we have.

Somehow though, for many women, the 50/50 balance within a relationship falters once children come along. This has little to do with the divisions of domestic labour amongst couples, this has moved a long way towards an equal partnership for most couples and father’s bear equal responsibility in most aspects of child rearing.

However time after time and study after study shows that it is still mothers who carry the mental load of child rearing.

I’m sitting in work on a Tuesday evening and I get a call from my husband. He has collected the children from their childminder and is giving them dinner and he is phoning to check what activities are on that evening. Without so much as a pause I tell him that the eldest has basketball and will be collected for it, the younger two have athletics and its my turn to do the run and the youngest has nothing on this evening. This has been the Tuesday routine since September.  That is 6 months ago. Should I be annoyed over this? Maybe, but I’m not. Somewhere along the path of parenthood the job of remembering each activity, each party, every play date that we owe and every check up has been deemed as mine. I also seem to have taken on the role of being chief worrier and observer of  who is struggling socially, who isn’t figuring out how to manage their feelings and who seems to have turned a corner with confidence levels.

This isn’t because my husband is lazy, or forgetful or inconsiderate. Neither is it unique because amongst my peers, both my real life and my virtual ones, this is almost universally the case.

I have often wondered about the cause of it.

Does the 6 month maternity leave, with a very limited and relatively new paternity leave start the ball rolling in this department. With mother’s bringing babies for those first few appointment, and being there to notice every tiny change in temperament in the early months set up an expectation of this to continue?

Does the fact that by in large it is mother who will often reduce their working week after having children somehow mean that all responsibility for the necessary micromanaging  can be abdicated by the fathers?

Or is it more basic than that?

Is it more nature than nurture?

The fact is that the vast majority of parenting books are aimed squarely at women, online parenting forums are for the most part female dominated and parenting blogs are largely, but not exclusively the domain of women. I firmly believe that this isn’t because women care more about our children or our parenting, but because we worry more about getting it wrong.

A missed appointment, a lost vaccination book, an oversight on the party list or a forgotten birthday would not unduly worry most of the men I know but would most certainly bother me.

And so I am doomed to be the family micromanager, to keep all the schedules in my head, even when they are written down on the family calendar, and to be the well into which all the emotional overflow gets poured.

It’s fine, it’s what I do but it leaves less room to remember other stuff, like what night the bins go out or how to clean the gutters😉

Maybe this is what my mother meant when she said it would never be 50/50.

4 thoughts on “The Mother Load”