It’s 7.45 on a cold Saturday morning and I’m standing in my kitchen.

The smell of sausages and rashers fills the air.

Everyone else is sleeping and the house feels peaceful.

The peace won’t last though.

In the hall four pairs of football boots are lines up, along with shin guards, underarmour and other paraphernalia that was alien to us up until very recently. Until our lives got consumed with sport and all that goes with it. 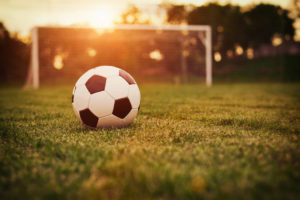 This morning we have four matches, in three different counties and two of them are on at the exact same time.

There was a time that the very notion of spending my time at the side of a pitch would have seemed ludicrous. The idea that I would find myself in this morning’s situation would have been met with incredulity.

Yet, here I am. Handing out sausage sandwiches to jersey clad children as they leave the house on the way to a match.

Juggling to try ensure everyone gets to their match and wondering which one I will get to see.

Usually on a Wednesday my Whatsapp notifications go into overdrive with news of the upcoming weekend matches, venues and times. From then on it’s a logistical game to secure lifts to the matches you can’t attend while being mindful of returning lifts to those who have helped you out before.

At first I was hesitant to ask, not fully understanding the way this worked, but a few months in and I’ve realised that it is just the way all families manage the juggle.

It is another step on the ladder of being part of a community, one that helps each other out along the way.

And so, on as many Saturdays as I’m able, you’ll find me standing on the side of a pitch, coffee in hand, shouting on our teams .

We will sit huddled in the car afterwards, drinking warm soup, held by cold hands and discuss the game.

It reminds me all the winter Sundays of my childhood, when we huddled around car-boot picnics at the Point-to-Point races.

Does any food taste as good as that which is given on cold, windswept days , surrounded by chats and the warming feeling of being part of a community ?

I may be guilty of over-zealous support at times, shouting DIVE at a 12 years old on a pitch doesn’t  colour anyone in an attractive light, and yes I had a little word with myself after that particular moment! Mostly I’m in  awe of the courage and resilience of this children who give it everything regardless of the weather or pitch condition and am so grateful to the coaches who give so selflessly of their time to encourage each one of them regardless of their ability.

It has added another level of crazy to our lives, and yes I’ll often moan about it.

But standing on the sideline, watching our kids play their little hearts out…well, there are far worse ways to spend a Saturday.