Everyday I wake up her I feel so incredibly lucky…I don’t now, and hope never to take this life I have been gifted,  for granted. 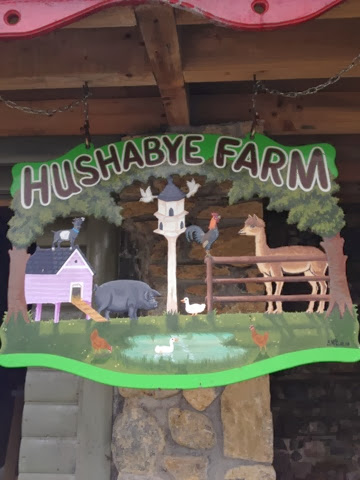 Our ‘Hushabye Farm’ journey began with a three acre site, a hay barn, some old stone buildings and being granted planning permission.
The name of the farm came from our favourite film ‘Chitty Chitty Bang Bang’ and is a reference to the song ‘Hushabye Mountain’
We have been lucky enough to acquire more land surrounding us and now have 20 acres…..here is a walk around the farm in pictures 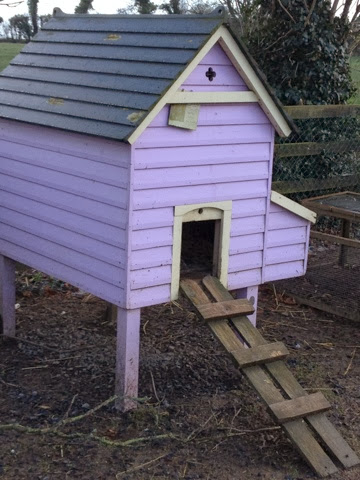 Our very first hen house…came all the way from Donegal… 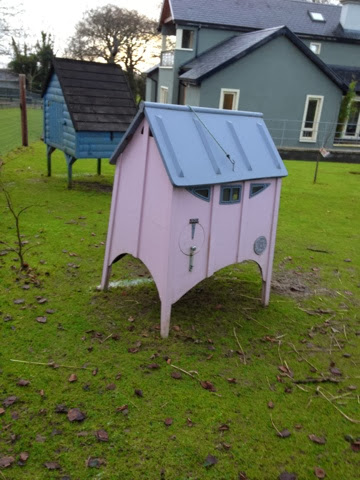 Soon to be joined by many others to cater for our ever expanding flock of hens, geese, ducks! 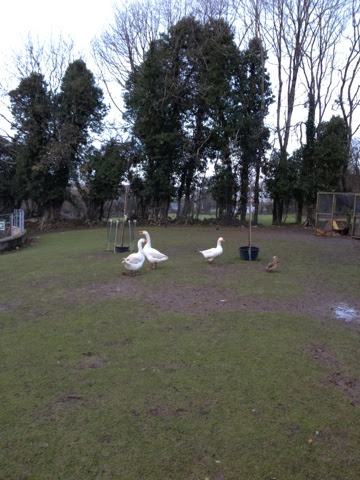 We have a lovely dovecote but have had very mixed fortunes with doves, we had one pair who twice hatched out eggs only to have a mink get the babies each time😞 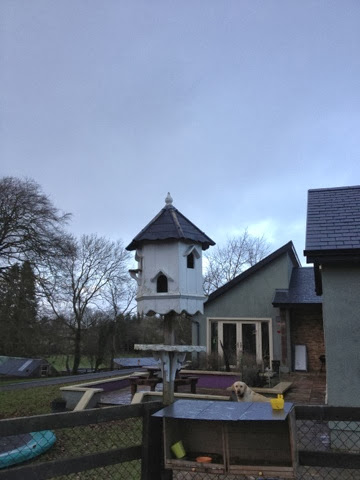 There is a gorgeous lane along side our original site 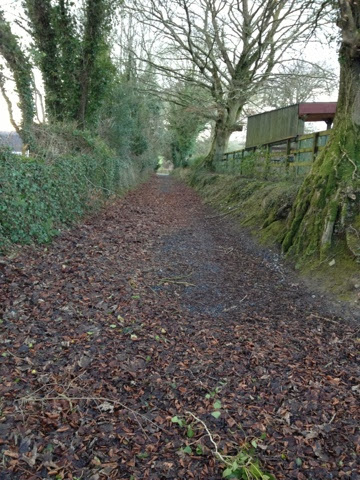 leading to a group of fields with the most spectacular views of the Slieve Bloom mountains…we were incredibly lucky that we were able to buy these fields, which are known now as Jack Wrights fields, after the man who lived there many years ago. I love that, although we never met him and know little about the man, his name is uttered in the house several times a day…a legacy of sorts 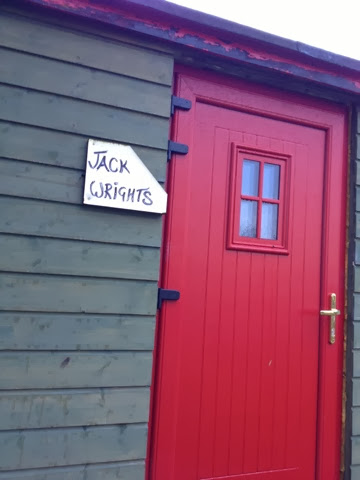 The house where he lived apparently fell down one winter, his neighbours rallied round an build a prefab house in which he saw out his final few years. It was clad by my husband and the children adore playing ‘house’ there…Paul has kept an olde world feel in what was the sitting room, the two other rooms are used a potting shed, feed room and neonatal unit during birthing season and even as a hatchery for baby chicks…all depending on the season. 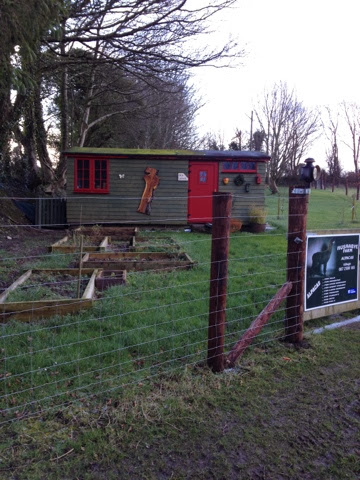 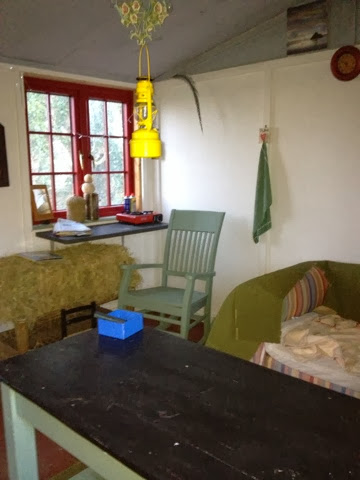 Outside Jack Wrights are my ‘slightly’ neglected vegetable beds….a definite ‘must try harder’ comment should appear next to this photo…. 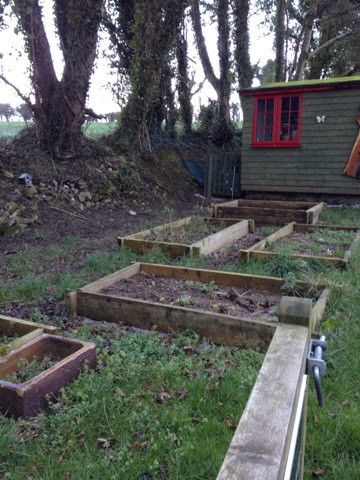 As I mentioned the children love playing here so every tree has some adornment to keep them happy.. 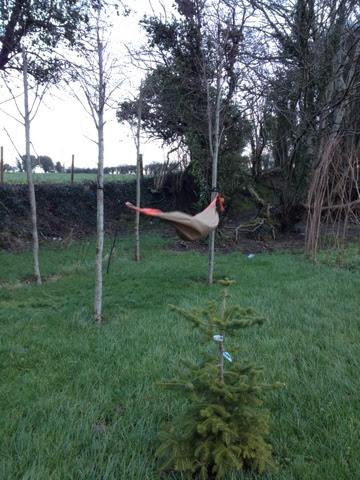 Behind the old house is a lovely ancient pathway which used to lead to a mass rock…it’s fascinating to think of the number of people who would have walked this route to gather to pray. 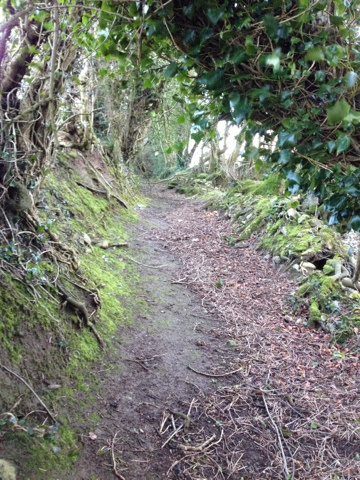 The views from this field are mesmerising, you could sit and watch the clouds change over the Slieve Blooms all day….so much so we often picnic here, weather permitting….obviously not today…see that storm cloud on the mountain..heading straight for us! 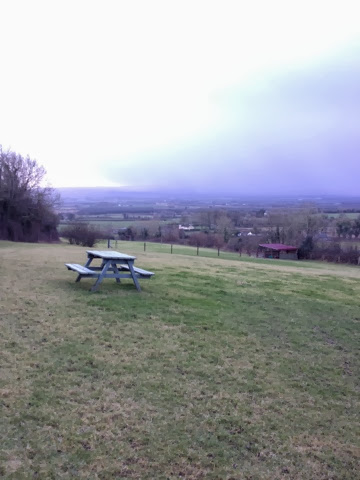 This wall was build by our neighbour using stone gathered from what was Jack Wrights original house, the moss was left on and although the wall is less than 3 years old it look like it has been there forever 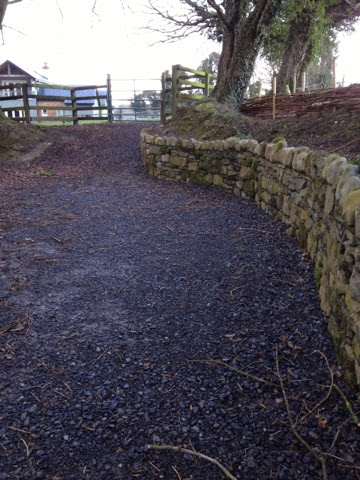 This is my favourite tree on the farm, the sheet size of it is immense and I’m sure it will be a climbing tree when the children a bit bigger. 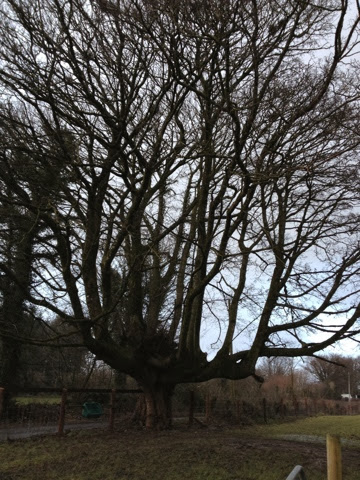 In the yard there are some lovely stone out houses, some are used as shelters. 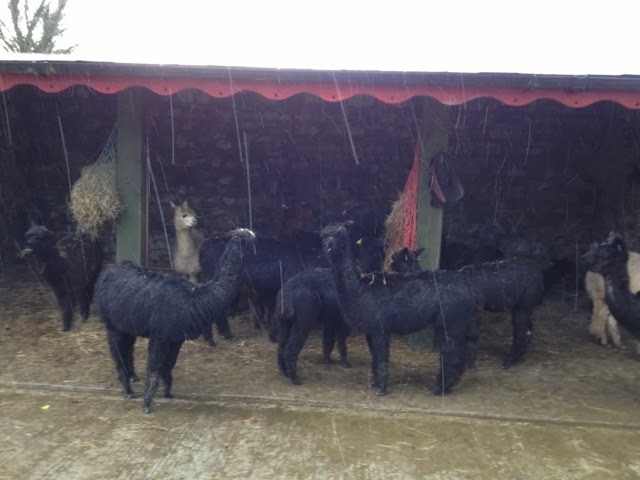 And there is an old dairy that we hope one day to convert into a self catering cottage…. 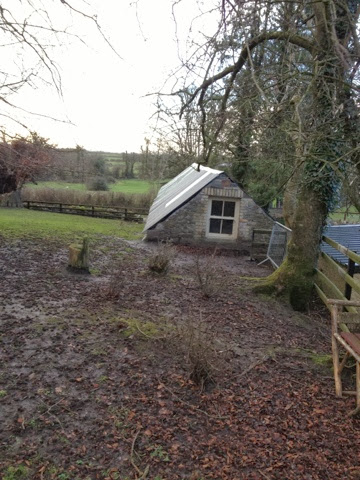 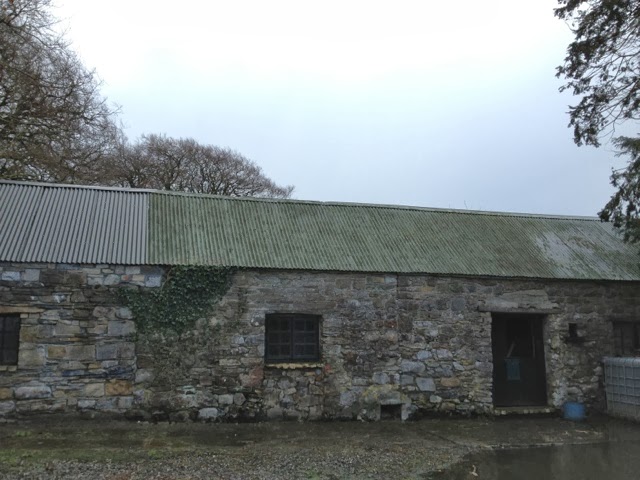 Everywhere you turn there are bird feeders and nesting boxes… 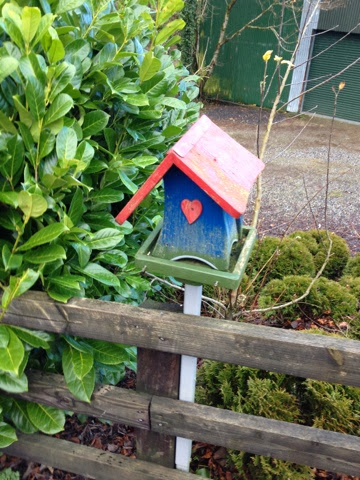 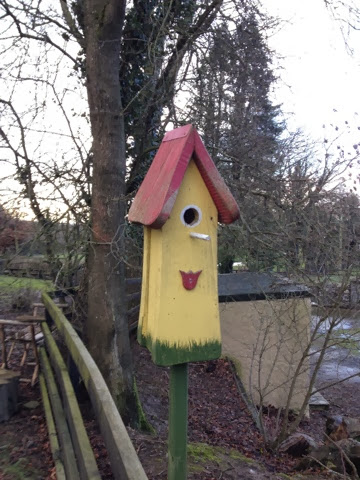 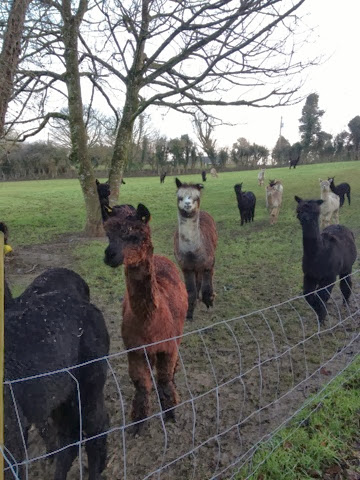 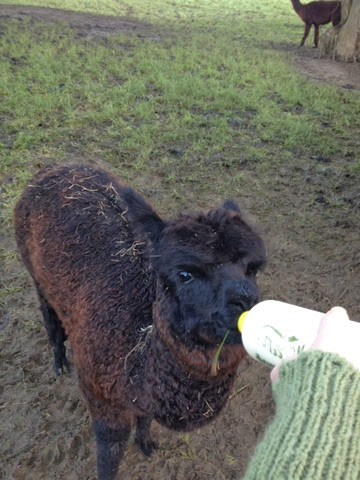 Last but not least is George, who takes his mission to ‘serve and protect’ very seriously. 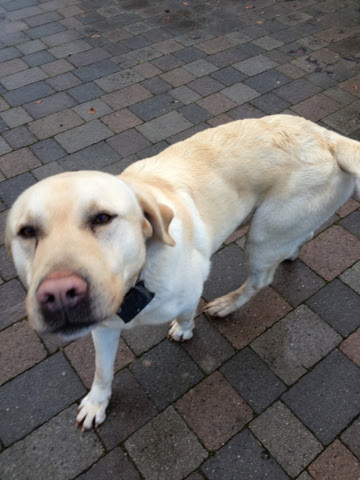 I hope you’ve enjoyed the tour…here’s hoping for sunnier pictures ( and a healthier vegetable patch!) on our next tour.

6 thoughts on “Our Farm in Words and Pictures: January”