Today we had the huge privilege of spending the day as guests of Barretstown Camp, to mark International Childhood Cancer Day and also to celebrate Barretstowns 20th Anniversary. The guest of honour was President Micheal D Higgens and there was great excitement heading off on our big day out.
Barretstown Camp is an oasis of happiness and fun for children and families affected by serious childhood illness, primarily Cancer.
Just over 2 years ago Paul contacted Barretstown to see if there was anything of a practical nature that he could do to help this amazing cause, at the time our fourth child was almost due and the idea of volunteering for a week long camp was just not an option. He offered to bring the Alpacas for any family events if the team thought that the children would enjoy being able to cuddle and lead them. All agreed that it would be a great addition to the days and so a fantastic bond was formed. Paul and the children have been on a number of occasions but until today I have never been able to join them. I had heard great stories of the amazing facilities and of course the big dance that is done, by children and adults, before each meal is a source of great fun and stories.

Walking around the amazing facilities today it was like someone had taken every childhood dream, every imaginable source of joy and fun and put it in a balloon and blew it as big as it could go. Nestled in each of the beautiful courtyard building were the things of dreams, children’s dreams.There were dressing up rooms that I’m sure many drama groups would cry for, an arts and crafts hall that had every thing you could imagine and more beside, there was a theatre, a huge indoor play area and the newest addition is the climbing wall. The children can horse ride, they can canoe and there is even a boat there for them. But most importantly they can be the one thing that their diagnoses tries to steal from them, they can be children. Here they can be included because here they don’t stand out because they have cancer, here they stand out because of who they are. 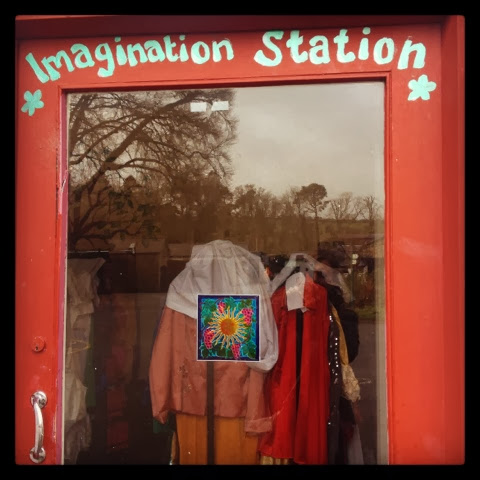 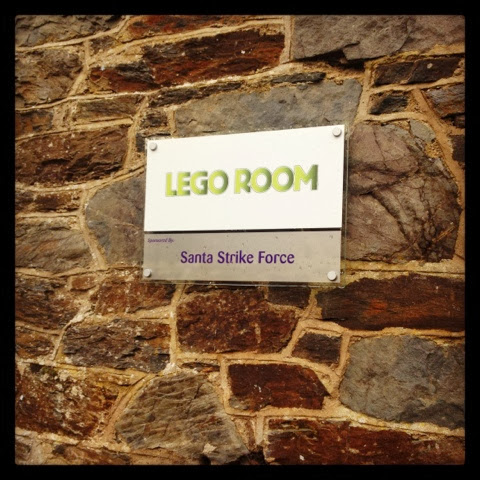 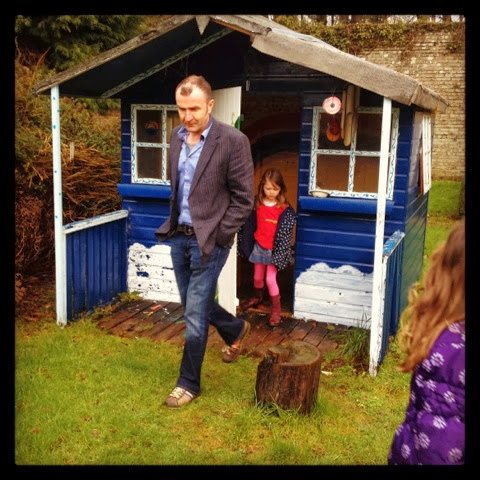 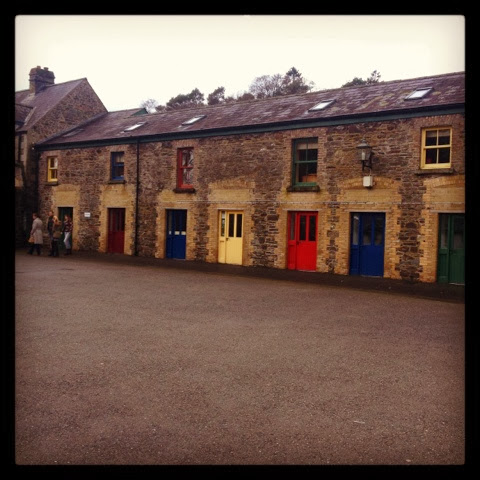 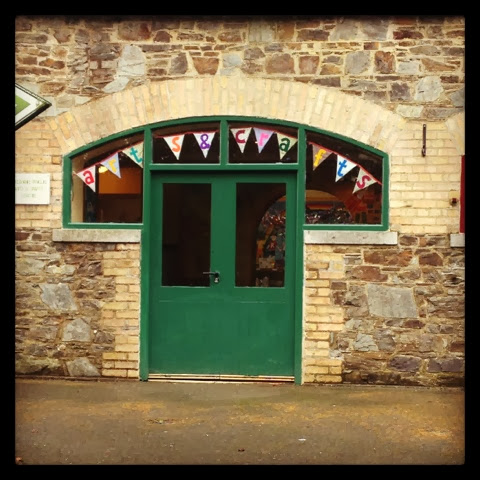 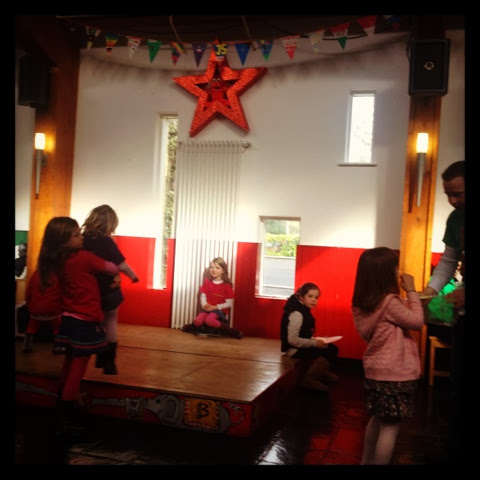 Yes that is a stage in the dining room…see what I mean! 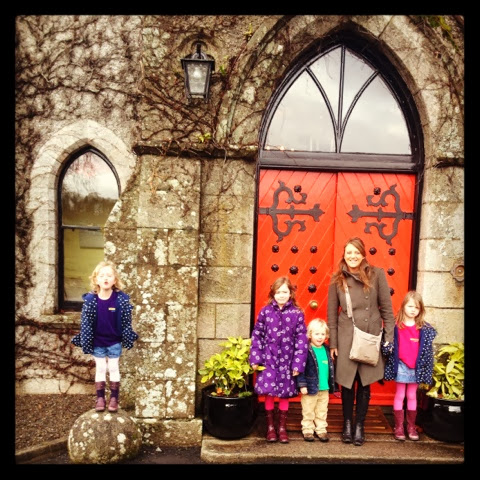 The Red Door, made famous by Elizabeth Arden who once lived in Barretstown Castle.

While we waited for the arrival of the President my husband was reduced to childlike excitement by the arrival of Gordon Darcy, complete with beard, he chatted to everyone in a lovely low key way and I was under very strict instructions to get a picture of the big child, aka Paul, with him, I duely obliged. 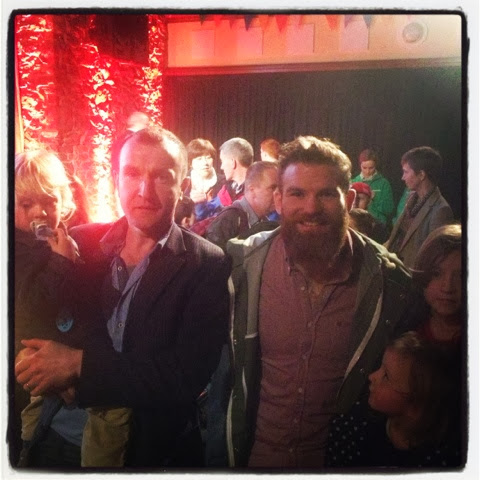 Maddie was fascinated with the beard!!
Prior to the Presidents address, the Chairman, Maurice Pratt introduced a lovely young woman, and former camper, to tell us her story.

Aoife was just 7 years old when her childhood changed forever. She was diagnosed with Acute Myeloid Leukaemia and so began a harrowing journey for her, and her family through treatment and hospitals, eventually on to receiving a bone marrow transplant from her younger sister who was only five at the time. She described how her parents were initially hesitant to attend Barretstown, thinking that it might be a place of sadness, a place to remind them of what they had been through, something they really wanted to forget. Aoife described how Barretstown changed so much for her and her family, how for the first time in a very long time she got to have fun, to laugh, to dance to be a child again. Her parents got to connect with other parents who were travelling the same difficult path.
She stood before us as a beautiful, healthy young woman, a teacher now, bringing not only her academic knowledge to her pupils but also her very valuable life knowledge. She also stood there as a symbol of huge hope for all the families who were going though the same journey she had gone though, and hope is a very powerful tool.

To be honest I heard very little of what President Higgens said, as I was so moved by Aoifes speech, but it was a huge honour to be in his presence.

At the end of the reception the CEO played, for the very first time, the new Barretstown song, picked for its simple, yet powerful message, featuring many Irish music celebrities, but more importantly several of their own campers. Please watch and listen to this beautiful video and share it and spread the word.

Barretstown is more than just a place, it is a heart and soul, made up of the selfless volunteers, of families who smile the brightest smiles although their worlds have been turned upside down, and of children, these brightly shining lights of hope and inspiration, it is humbling to be amongst them.
I urge anyone who has a child, who would like a child or anyone who ever was a child, please consider donating to this wonderful, magical cause, it has, and is, changing thousands of lives and this work needs your help.

I was a guest of Barretstown but was not asked to write this post, all opinions are my own, firmly held, opinions.