Growing up I was a real daddy’s girl, I was also a tomboy…the perfect combination for a farmer’s daughter. It meant that my father had a ever willing assistant. I dreamed of us working together as a team, the reality was somewhat different.

Moving cattle was ‘character building’!!
Breaking horses was a test of both courage and will power.
And bringing ponies in from summer meadows was a linguistic education…who knew that a spancelled duck could describe both a duck that had it’s legs bound and an eight year old’s desperate attempts to outrun a pony!!!
Fast forward 30 years and it would seem that not alot has changed.
While I’ve managed to be more of a happy observer of our farm activities for the last number of years, due to pregnancies and small babies, my stint as observer is over and it’s a case of all hands on deck now. 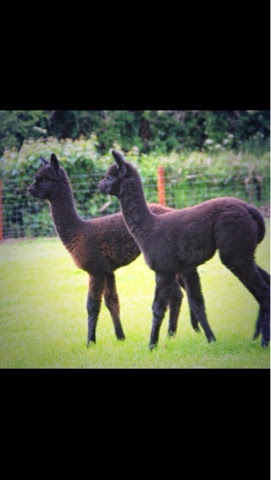 Today broke as a bright crisp morning and it declared the perfect day for the Alpacas Spa Day. 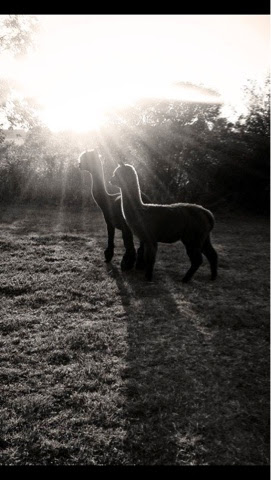 Unlike most spa days it was less about prancing around in white fluffy dressing gowns and more about being thrown about by reluctant alpacas, not keen on getting their nails done.
There were again lessons to be learned, and here they are;
• the normally cuddly, docile, teddy bear like alpacas turn in spitting, jumping bucking animals at the mere sight of the nail clippers
•your 6ft 1 husband has no grasp of how his 5ft 4 wife cannot win the battle between alpaca and human.
•you are apparently meant to hold their head, pull them towards you, wrap your other arm round them, lean against them, hold them still, prevent them going backwards, stop them going forwards and help open their mouth for the vitamin  paste….all simultaneously…no problem!!
•in a herd of alpacas, where over 20 are pure black, you are expected to know the name of each of them, the simple request of ‘catch Ladysmith’ now sends the fear of God through me.
• in the mist of the drama of holding, leaning, mouth opening, when your husband says ‘you’re alright sweetheart’ he’s actually talking to the alpaca, not you.
• in spite of a ferocious kick from Fenella, it is apparently not acceptable to storm of,mid spa day, shouting ‘you’re not my best friend anymore’ ( it seems only 3 year olds get away with this)
•there will be swearing, and lots of it.
•it is expected all swearing and name calling is forgotten once the job is done and chief farmer exclaims, in delighted tones ‘ it’s great to have got that done’
• a glass of wine on the couch after bedtime does a lot to salve an alpaca assaulted knee.
Now, who’s signing up for assisting at the next spa day.
Form an orderly queue now😊
Until next time.
I would love to have had more pictures but apparently taking out your phone in the middle of spa day seems to indicate you’re not taking things seriously…..who knew!!!

13 thoughts on “The Reluctant Farmer | Spa Day on The Farm”