There are few certainties with parenting, but one of them that you can count on is that with children comes noise, lots and lots of noise.

Now you might assume that, like trying to remember life before children, you’ll struggle to remember what life was like when there was no one shouting at you but I’m afraid that’s not the case.
I was reminded of this one day when walking through a park with my sister, there was a group of teenagers doing what they do best, pushing each other, talking loudly, acting cool and laughing at EVERYTHING.
My sister commented on how annoying teenagers can be and quipped ‘best of luck when you have four hormonal teens in the house’
‘It will be grand’ I said, ‘I’m sure when they are mine I won’t notice as much, in the same way that other peoples children can seem so loud but you just get used to your own’
As the words came out of my mouth my face filled with horror, I’m still not used to the noise of my children, it still drives me crazy, sweet mother of God, the teenage years will break me!
There just seems to be no end to the noise, their normal conversational tone seems to be permenantly set at LOUD. 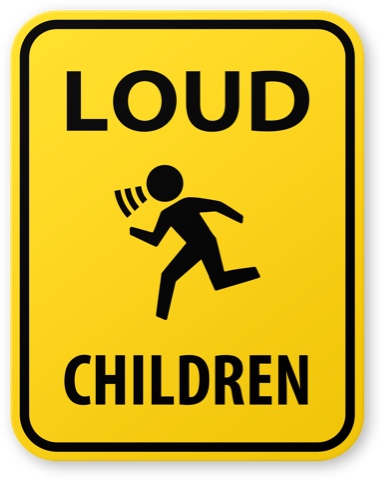 I can’t decide if it’s better when they are fighting or playing, if they are fighting at least there is an end point, someone has to win.
The playing can go on all day. The absolute worst is when they are playing ‘mummies and daddies’
Mummy, mummy, mummy I hear being bellowed from the bedrooms, off I go to find out who’s looking for me.
‘Its ok mum, we’re playing and I’m the mummy, we’re not calling you’
A few minutes later, someone’s crying, off I go again to see who’s hurt.
‘Its ok mum, he’s just pretending to be a baby, we’re just playing’
More shouting/crying/playing all of which I ignore until someone storms into the kitchen to berate me for not coming when they were calling me and informs me that the youngest has hurt his foot and was bawling…jeeez you can’t win.
They are noisy when they talk, they are noisy when they fight, they are noisy when they play and they are particularly noisy when they cry. Shamefully I have been known to ask them if they could cry quietly, it’s so much easier to have sympathy and snuggle them better when your eardrum is not being assaulted while you do it!
So it would seem that it doesn’t always follow that just because they’re mine that I will eventually get used to the noise levels that come with them.
It is probably no small coincidence that I’m writing this after a week of very wet weather during our ‘summer’ holidays.
If you are looking for me I’m most likely rocking in the corner, wearing earplugs, buried under a duvet and still bellowing at them to USE THEIR INSIDE VOICES.
What?? Sure in a house full of children, I have to shout to get heard! 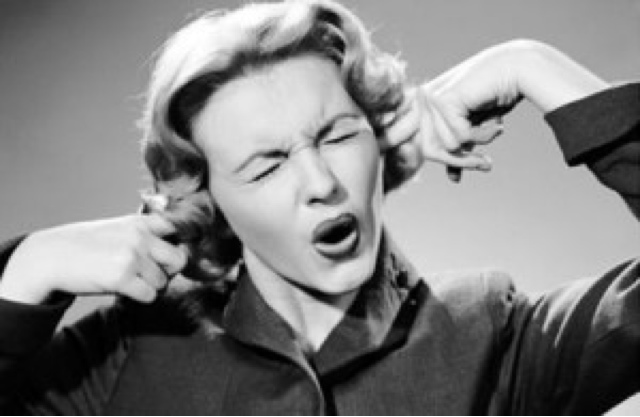 2 thoughts on “Inside Voices”