Skip to content
A few months ago we decided to end our contract with Sky TV, I hadn’t watched TV in almost a year and my husbands TV watching was limited. The children, like most children, would watch it whenever they were allowed, and often when they weren’t!
If they were up early in the morning, the remote was the first thing that they reached for, and there was always a battle to turn it off.
I’d be the first to admit that it can be a godsend at times, when cranky children need to chill, or cranky mummy needs a break. But there was always the hated post-TV grumpiness, and the repeated rows to turn it off.
While I’d happily live without a television, my husband found that a bridge too far!
He had a box installed that has numerous channels, but it has none of the Disney children’s channels.
After the first few weeks of moaning, the children have completely forgotten what it’s like to have wall to wall children’s channels and have given up on it entirely.
I cannot get over the change. We still have a DVD on a Friday night or we download a movie ( at least we did until the apple remote went missing some weeks ago), they are allowed watch Netflix on the iPad once in a while but as each week goes by they ask less and less. 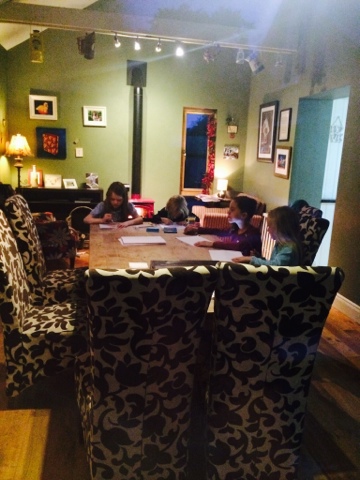 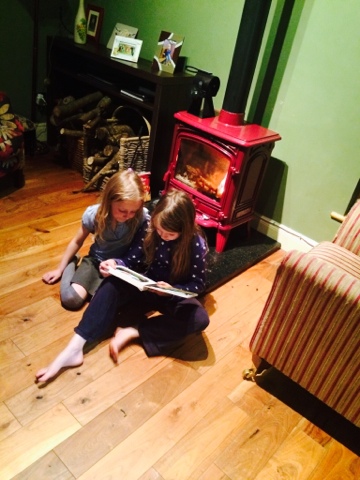 There are some downsides, there is definitely more mess made,a little part of me dies inside when I come downstairs and find the dining room table covered in paintings, at 7 o clock in the morning!!
But the upsides far out weigh the down, they are reading, drawing, painting and playing so much more. We spend far more time, all together, in the same room chatting, playing board games, listening to music and occasionally dancing! The ever wise Roald Dahl said it best… 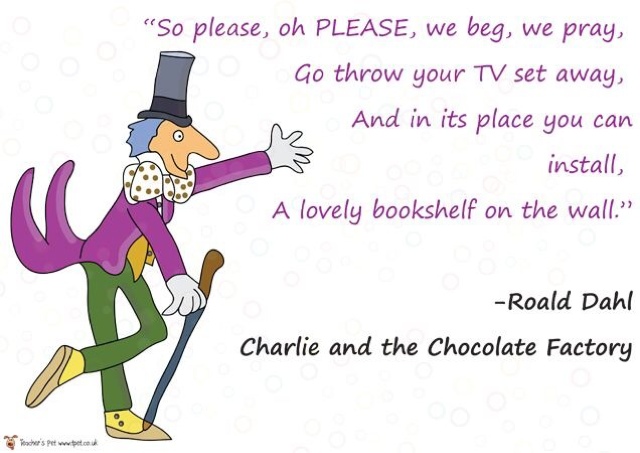 We are not quite there yet, but we are a lot further along the road.

2 thoughts on “Being TV-Free”