My gorgeous second daughter turned 8 last weekend. The fact we had an impending birthday would previously have meant that there was much organising to be done, themes to be chosen, games to be picked and the all important cake to be baked.

Over the last 9 years we have every conceivable party. Each child’s first birthday was celebrated with their Christening. And from then on we’ve had harvest themed parties complete with hay bales as seating, we’ve had teddy bear hospitals, treasure hunts through the farm, we’ve had disco parties, jewellery box making parties and cup cake decorating parties.
These have all been done at home and while they were great fun and have given us great memories they were also a tad stressful!
Who can honestly say the they enjoy having 20 overexcited children racing though their house, children that you aren’t even allowed to give out to?
The need to keep smiling while asking yourself just how unacceptable would it be to have a sneaky gin is downright exhausting.
And there are always things that threaten to push you over the edge.
The early parties where the parents stayed required double the entertaining as ‘grown up’ food was needed too.
The time my husband led the treasure hunt but returned missing one child! ( found happily playing unaware of the panic)
The inevitable rain that appears and scuppers all hope of them playing outside.
The absolute trashing the house takes and the huge clean up which always ends with you finding cake under beds, behind cushions and mashed into all available soft furnishing.
So when my about to turn 5 year old announced that she had told her friends that she was having her party in a local play zone I was somewhat surprised, she was adamant that this was what she wanted and due in part to the fact that her birthday is two weeks before Christmas I decided to let her, the image of our Christmas tree being pulled down at one of her previous parties was another deciding factor!
And although I had to pretend I didn’t realise that there places are a haven of bugs, and winced at the inevitable question of ‘chicken nuggets or sausages’, the kids had a ball, and best of all I had NOTHING to do.
Since then there have been horse riding parties where entertainment and food is provided after, bowling parties and a swim party….and there has been no significant organising needed, no massive clean up, and they work out no more expensive and they children seem to enjoy them just as much.
So although I hope to have some home parties again at some stage, especially for the youngest who hasn’t really had a party yet, for right now I’m partied out. 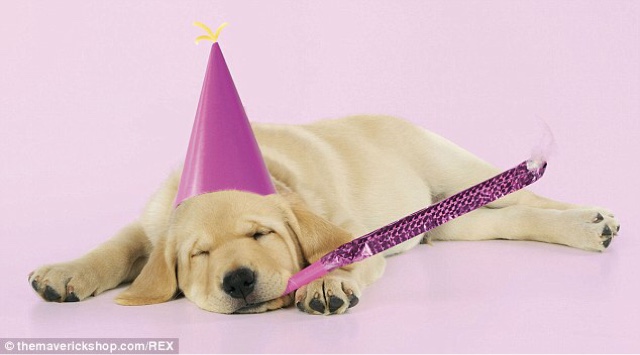 2 thoughts on “Partied Out”