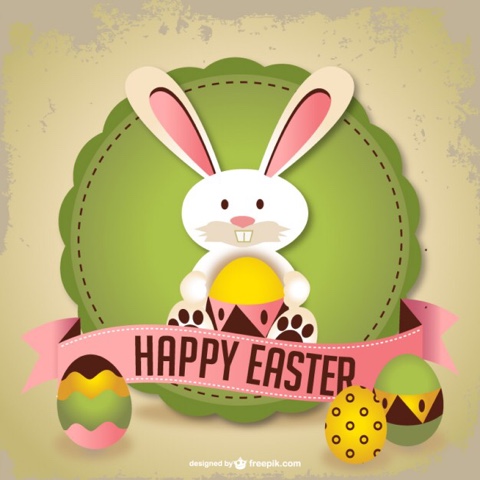 So tonight as the 4 year old goes to bed he tells me of his bubbling excitement that that the Easter Bunny is coming ‘this night’
‘What’?????
Where has this come from I think, we’ve never talked about the Easter Bunny and when mentioned we have tended to brush him off with a
‘Well, we never met him when we were growing up’ response.
And yet he now seems to be an intrinsic part of Easter celebrations. It’s bad enough that we don’t do religion in this house but due to the fabulous education system that dictates that out local school HAS to be Catholic we amble along, not disputing but not endorsing the values they hear about in school. And so along with the gory details of death on a cross ( amidst much questioning on how much pain that involves, along with questions as to how anyone’s daddy could let that happen!!!!!) we now have to deal with the bloody Easter bunny!
This rant may be directly proportional to my annoyance at having to get up early to go out and hide the flipping eggs…and yet again, despite knowing better I find myself perpetuating the lies.
I wonder which is worse, to crush all ideas of these benevolent creatures in return for a slice of realism or to indulge in the ‘magic’ that they are so desperate to believe in?
So for now I will let it slide but if I met the ‘lovely’ person ( I’ve heard they were German!) who perpetuated the idea of this Easter bunny, well let’s just say it would be more than salt I would armed with for his tail!!!

2 thoughts on “Who the hell is the Easter Bunny?”