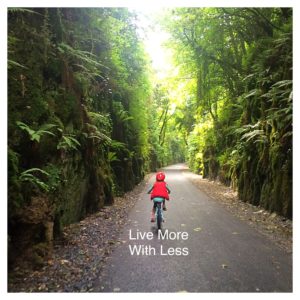 So it’s the start of a new year and with that comes a chance to take stock and to set new goals. This isn’t a ‘new year new me’ post, because you know I’m already pretty awesome lol, but more a chance to reflect on where we are and to figure out where we want to go.

Christmas is a great time to just be, a quiet time where  you get a chance to potter with no set plans and in a busy house and busy life it offers some much need time to think. January is a much maligned month but for me it gives space to put in motion some of the life goals that I’ve worked out over the Christmas break.

Last year I joined in with Kate over on Kate Takes 5 and chose a word for the year and this year I’m doing the same. If you’d like to have a look at Kate’s posts then click here

The word I’ve chosen for this year is ‘Less’

The motivation for this choice is the increasing amount of stuff that seems to clog up our minds and house. In the days before Santas arrival there was a large cull done on the playroom. Four boxes of toys and books were donated to local charity shops and another box went in the bin. In the days after Christmas SEVEN bags of clothes went the same route. While I’m delighted that someone else will get to use/play/wear these things it really got me thinking about what we really need, and want,to live.

The children were particularly happy with this big clear out because the found that they could choose their clothes more easily now that there was less of the. The playroom, which had for the most part become a storage room has had a new lease of life now that it’s not clogged with unwanted and unneeded toys.

The clear outs have continued and the kitchen and pantry have had the same treatment and overall daily life has become easier and my mind feels clearer, liked it’s been wiped clean and I can now see what we have and what we can do with it.

Every media forum is awash with offers of more, 2 for 1 offers abound, sales of clothes that you probably don’t need and most likely don’t want bombar, but for this year, and hopefully for life, I’m choosing less.

Its not always easy to see the difference between want and need and everyone is different, but I know how overwhelmed I get when I have too much choice. I’m pretty sure that my kids feel the same. I feel we have been drowning in a sea of ‘stuff’ but I’m determined to make it stop.

So I’m ignoring the FOMO and hoping that we will live better with what we have, that having enough will be enough.

What goals have you set for the year and how do you feel that they will impact on your daily life?