The past few weeks have been fairly hectic ones, I’ve tried not to moan about it…but then failed miserably and posted this a while back!

It is a good kind of busy, full of great things, visitors and events, the schedule of full lives being lived fully and for that I’m grateful.

In times of busyiness though things get put off, much needed jobs get postponed and most of the time you are just running to standstill and so it has been. Before I knew it, the bank holiday was looming large, there was much confusion as some schools had mini breaks, some had full on midterm breaks but thankfully ours only had the requisite bank holiday Monday off. As I read and heard much discussion of weekend plans I started to panic slightly as we had no such plans made.

And therein lay the joy…we had no plans made. It seemed like a long time since we had had a weekend stretch out ahead of us with not a single plan made, it seemed like such a luxury. Offers of a trip to Bloom were refused, a suggestion of possible visitors was declined and suddenly time slowed down.

Those niggling jobs that needed tending to, the ones that threaten to overwhelm you, suddenly seemed  do-able. 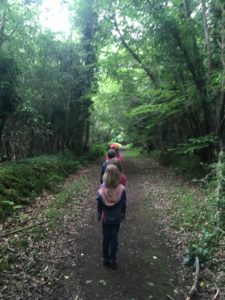 Last minute trips to the woods were taken. There were lunches out and cozy dinners in. There was time spent watching TV together and many hours spent playing with the puppies. 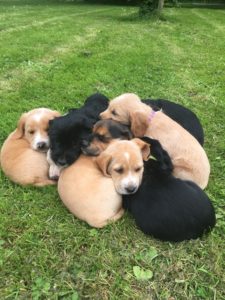 The badminton set came out, indicating summer had arrived, and we all realised again how dreadful we are at it.

There was a rare but wonderful afternoon nap, something I’d highly recommend, and the children even set up a ‘refreshment stall’ selling juice, water and eggs to unsuspecting passers by, they managed to make €16, so plans are being hatched for another selling adventure! 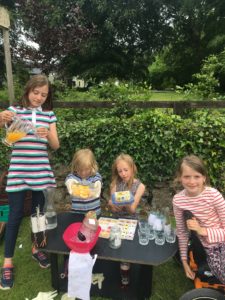 The lesser-spotted bottom of the laundry basket made a brief but welcome appearance and the ‘ Monica’ press…you know the one where things get shoved into until they can be dealt with… well it stopped threatening to burst open and ruin my reputation of being organised!

It was a most wonderful weekend where we found time to do all that needed to be done, a weekend of slow living that came at the perfect time.

Our normal pace returns again today, but we are refreshed, ready again for the weeks ahead, feeling more together, both as a family and individually.

8 thoughts on “A Weekend Of Slow Living”